Situated on some 4,000 acres of forests, creeks and waterfalls with about 4 1/2 miles of waterfront on the Mississippi River about an hour drive North of Baton Rouge, LA.

The Exxon Refinery in Baton Rouge has been labeled by Homeland Security as the #1 terrorist target in the US. It is the largest gasoline refinery in the US. Taking it out of service would bring the US to its knees.

The project will be developed as a condotel, with each interconnected underground dome individually owned. An explanation of the condotel concept is provided by Investopedia ( http://www.investopedia.com/terms/c/condotel.asp )

Tunica Bluffs will be operated as a medical tourist resort destination by Brain Recovery Centers of America, with transportation to and from the Baton Rouge Airport.

Surrounded by a 12' high game fence to keep our select herds in and bad guys out, the surface will remain premier wildlife habitat for deer, squirrel, turkey and fishing, and an equestrian center, along with organic agriculture and recreation. 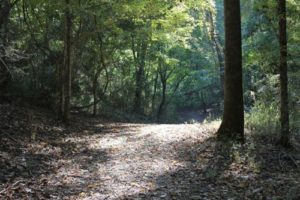